“I don’t know how I can be so ambitious and so lazy at the same time.”
― Ned Vizzini, It’s Kind of a Funny Story

Ambitious New York City teenager Craig Gilner is determined to succeed at life – which means getting into the right high school to get into the right job. But once Craig aces his way into Manhattan’s Executive Pre-Professional High School, the pressure becomes unbearable. He stops eating and sleeping until, one night, he nearly kills himself.

Craig’s suicidal episode gets him checked into a mental hospital, where his new neighbors include a transsexual sex addict, a girl who has scarred her own face with scissors, and the self-elected President Armelio. There, Craig is finally able to confront the sources of his anxiety.

Ned Vizzini, who himself spent time in a psychiatric hospital, has created a remarkably moving tale about the sometimes unexpected road to happiness.

Get the book: It’s Kind of a Funny Story

I love this book – easy read and relatable. I had mixed emotions upon finishing this book.

Craig is one of many people who has that peculiar perspective in life. He’s that one guy who never talks a lot but barges into a conversation with some deep and bold statements that leave the other guys astounded.

I, myself, have gone through depression and reading Craig’s story felt like a whole new experience – lots of firsts and competition. This guy… Even though I have read his story, I was still wondering what really runs on his messy mind. He was loved by his parents and their outpouring support for him was heart-warming.

I thought that the story could not get any better but when he admitted himself to the psychiatric hospital, his story was just starting. He felt ‘normal’ being there. There were worse cases than his. In that same facility, he found friends. Better friends compared to the people he has in his circle before. And a better girl to admire and pursue.

The highlight of the book I think was when Craig gave the other patients or his friends their own/personalized face maps. That was such an incredible and kind gesture. Gotta appreciate his sincerity. Who says that friendship and love are only for the sane people? We do insane things when we’re with our friends; and love drives everyone insane. No judgment. 🙂

I find it funny that I was actually picturing Ned as Craig because the leading character acted maturely in his time in the hospital. It’s the only thing that threw me off. But it makes sense, though. Ned wrote the book right after he was released from the facility. 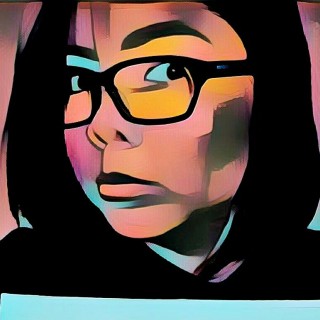